Coal is a fossil fuel and is the altered remains of prehistoric vegetation that originally accumulated in swamps and peat bogs.

Coal reserves are available in almost every country worldwide, with recoverable reserves in around 70 countries. The biggest reserves are in the USA, Russia, China and India. After centuries of mineral exploration, the location, size and characteristics of most countries’ coal resources are quite well known.

Though the coal demand has risen by around 9% over the last four years, coal production has not been able to keep up with the requirements. Coal production has grown by around 5% over the same period (FY 06-07 to 10-11). The domestic Industry could supply only 534.53 MT coal as against the demand of 696.03 MT in financial year 2011-12. Organisations are acquiring mines abroad to augment the capacity and meet the growing demand. Besides, there is also an urgent need to adopt some possible measures like rationalization of coal linkage, dedicated freight corridors to improve the situation, need to develop skill sets of mining professionals, promoting under ground mining, cleaner coal technologies for sustainable development. More R&amp;D and efforts are required to promote coal to liquids (CTL), coal bed methane (CBM) and underground coal gasification (UCG). At the same time, the land acquisition process should be streamlined.

Coal has been recognized as the most important source of energy for electricity generation and industries such as steel, cement, fertilizers and chemicals are major sectors of coal consumption. In order to satisfy the coal demand, the Indian coal industry needs more investment and private players to raise its production level.

ICC has a dedicated team working towards various initiatives in the Coal section. The Department is headed by Mr. Nilanjan Chaudhury. 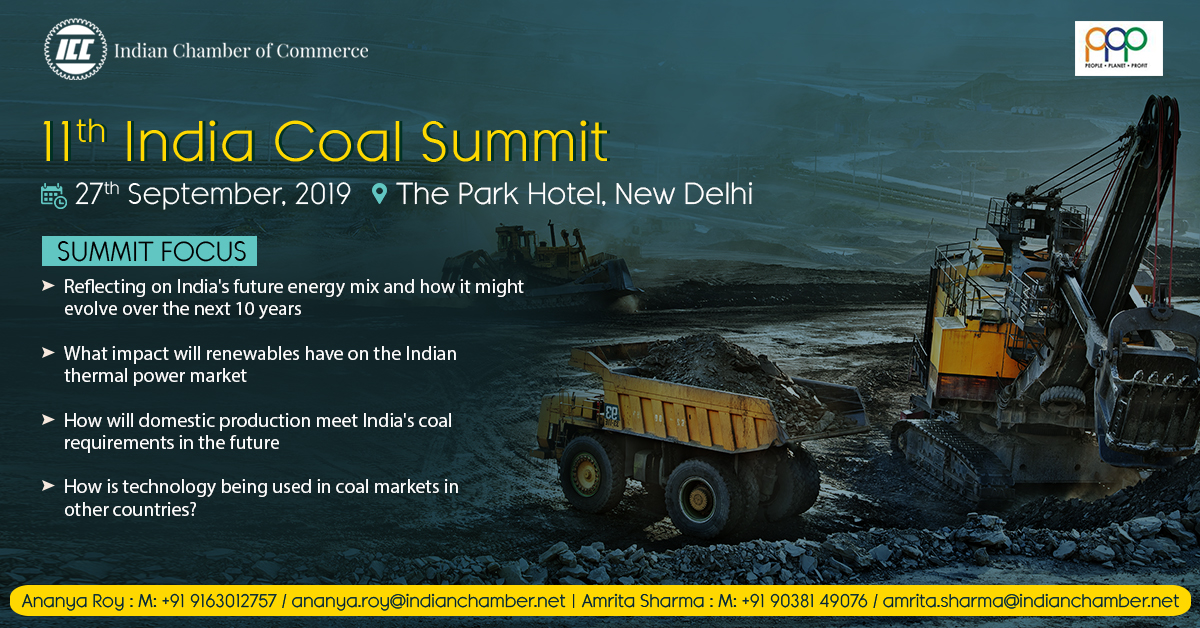