In colonial India, British had to import tea from China, which caused huge dents in their treasury, so East India Company started tea plantations in Assam. As the production of tea increased, India started exporting tea to the rest of the world. This contributed to the nation’s economy. By 1850s, India became one of the biggest tea producers in the world. After independence, local tea brands were introduced as beverage to the masses.

Today, India is the second largest tea producer in the world, right behind China.

India loves tea – From roadside shack to high-end mall, a cozy corner can be found out with this drink in hands. Of the total production, India accounts for 3/4th domestic consumption of tea. The growing demand for tea for its aroma and quality is majorly driving the India tea industry. Tea found in India is categorized into 3 types namely Assam tea (highest cultivation), Darjeeling tea (Superior quality tea) and Nilgiri tea (subtle and gentle flavors).

Tea brands are constantly innovated to make the drink for millennial generation .Youngsters in India prefer their tea cold and with exotic flavors – obsession for green and black tea for the health benefits, has led to some of the best innovations. Today, people beat the heat and chill in the winters with different flavored tea.

Indian tea industry has recorded the highest ever production as well as exports in the financial year 2018. The total tea production was 1325.05 million kgs, – an increase of 74.56 million kgs as compared to 2016-17. In percentage terms the increase is around 6%.

The total quantity of tea exported during the financial year 2017-18 stood at 256.57 million kgs, while the foreign exchange realized from exports of Indian tea was $ 785.92 million. In rupee terms, the total value of the exports was pegged at Rs. 5064.88 crores during 2017-18. The growth in exports was majorly driven by the following countries like Iran, Pakistan, China and Russia . According to Tea Board of India, production of high-value orthodox tea and green tea increased during 2017-18. These teas are in great demand in high value markets such as Iran, Germany and Japan.

Indian tea is among the finest in the world owing to strong geographical indications, heavy investments in tea processing units, continuous innovation, augmented product mix and strategic market expansion. The main tea-growing regions are in Northeast India (including Assam) and in north Bengal (Darjeeling district and the Dooars region). Tea is also grown on a large scale in the Nilgiris in south India.

There are some problems that stop this industry from reaching its potential. Production costs have risen at twice the rate of prices over the past decade. The market is no longer lucrative for producers as prices have stagnated in the Rs 125-132/kg range over the past five years. In the organised sector, labour costs are responsible for two-thirds of the cost of production.

Indian Chamber of Commerce (ICC) is the only national Chamber having Head Quarter at Kolkata. Due its strategic geographical location, ICC has always been very active in the tea space of the country. Activities of ICC have always moved in tandem with the checkered growth dynamics of tea sector in the country. ICC has been closely associated with ups and downs of this 170 years old industry, having large number of membership from tea sector. 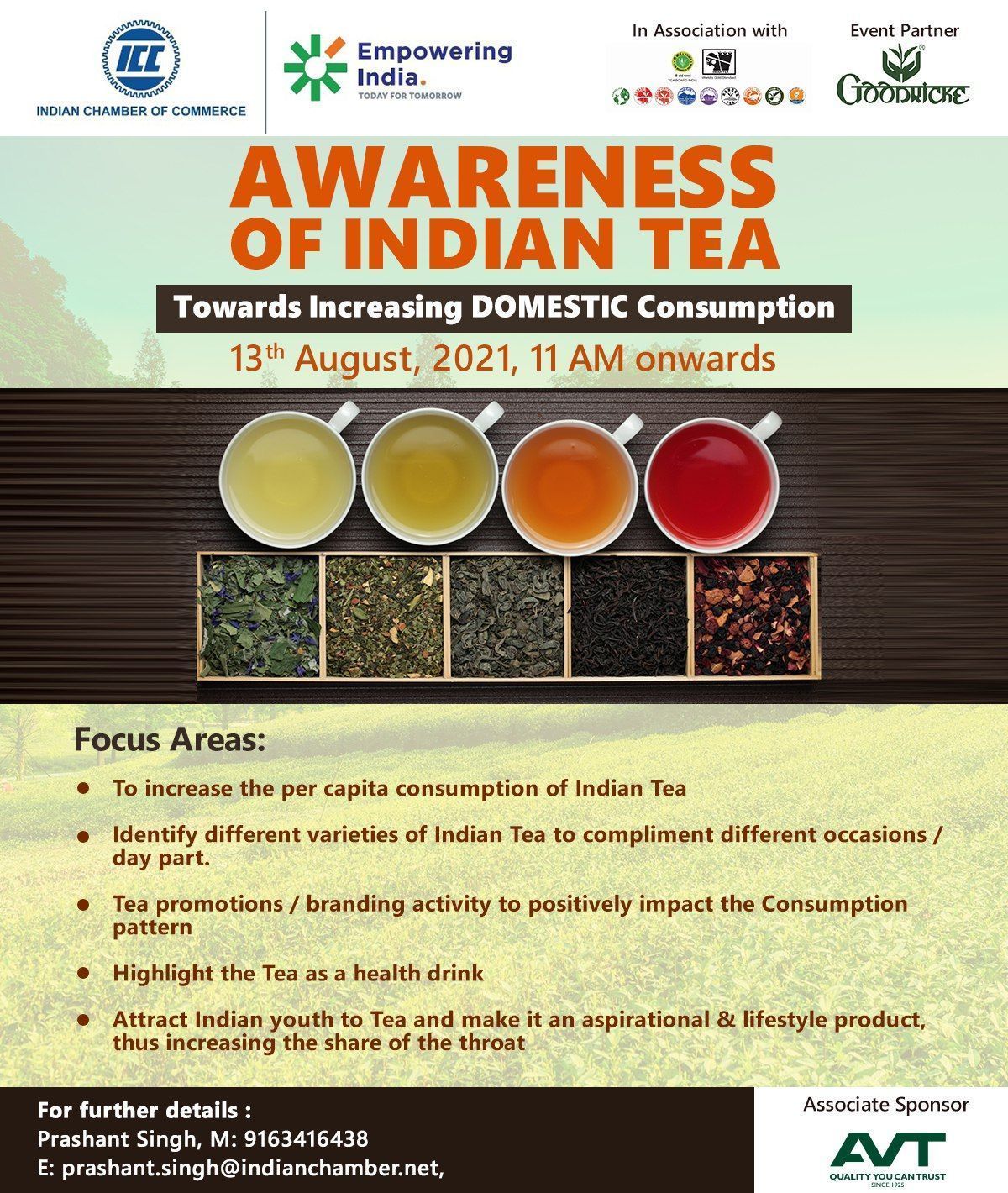