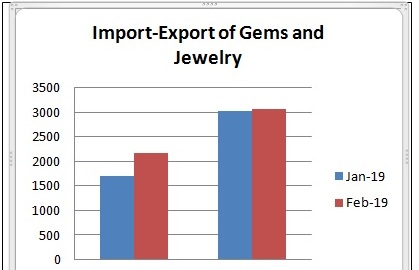 The gems and jewelry sector in India is one of the largest in the world. It contributes to around 29% of the global jewelry consumption. The industry plays a significant role in the Indian economy, being one of the major contributors to total foreign exchange reserves in the country. It is a true example of the Make in India initiative and contributes around 7% of GDP and 15% of the merchandise exports. The sector is highly labor intensive and employs around 4.64 million workers at present.